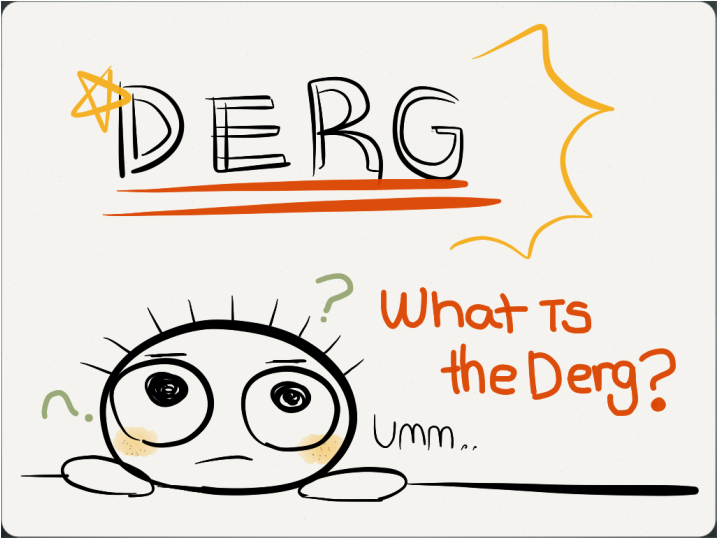 The Derg (also known as Dergue) is the shortened name of the Military Coordinating Committee that ruled Ethiopia between 1974 to 1987. As soon as Emperor Haile Selassie was overthrown, it was established from several divisions of the Ethiopian Armed Forces. 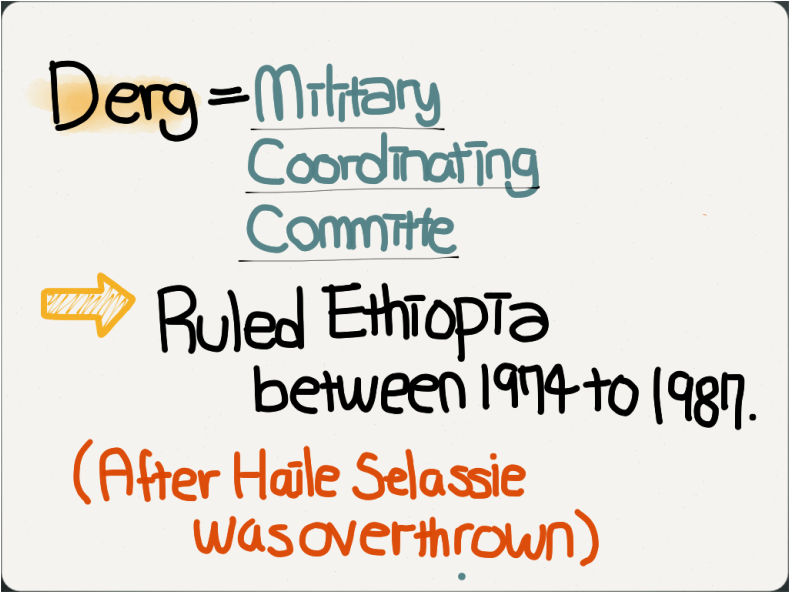 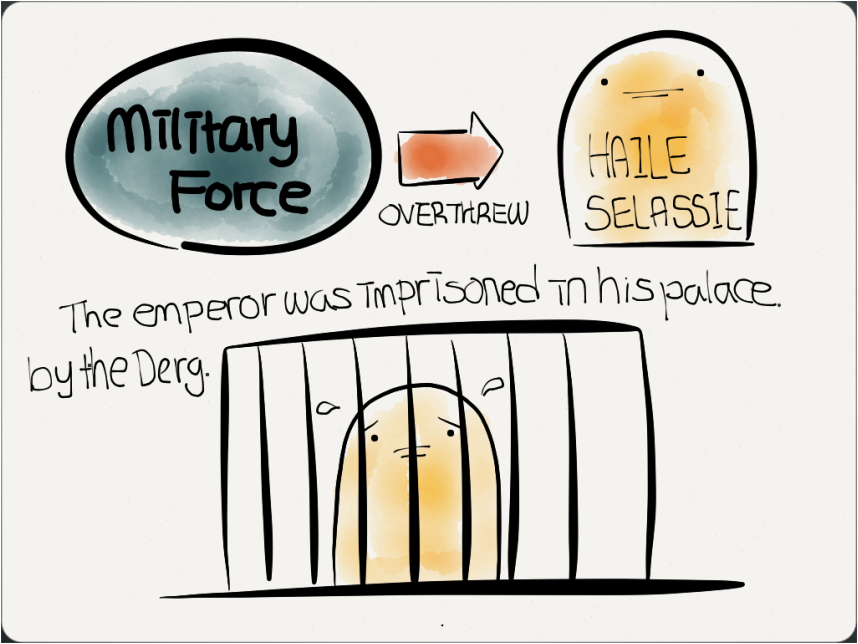 At first, General Aman Amdon was elected as the spokesman of the Derg. He carried out several policies such as land distribution to peasants, nationalizing industries, and services under public ownership, which eventually led Ethiopia into the Socialist country. 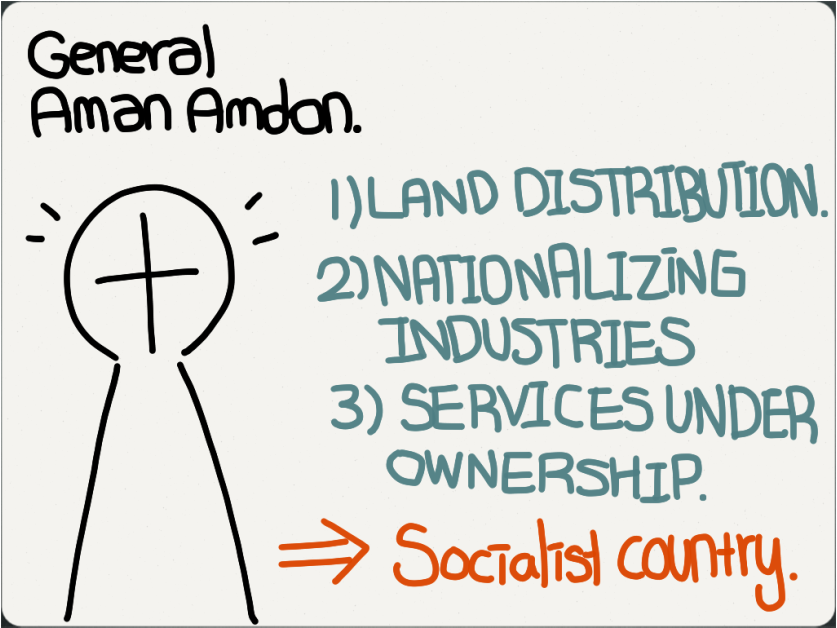 In the beginning of the Derg, people in Ethiopia saw the Derg in a positive perspective because they got the power under the slogan of "Ethiopia First", "Land to the peasants" and "Democracy and Equality to all." However, due to the forceful policies and mass executions, the people started to abhor the Derg. 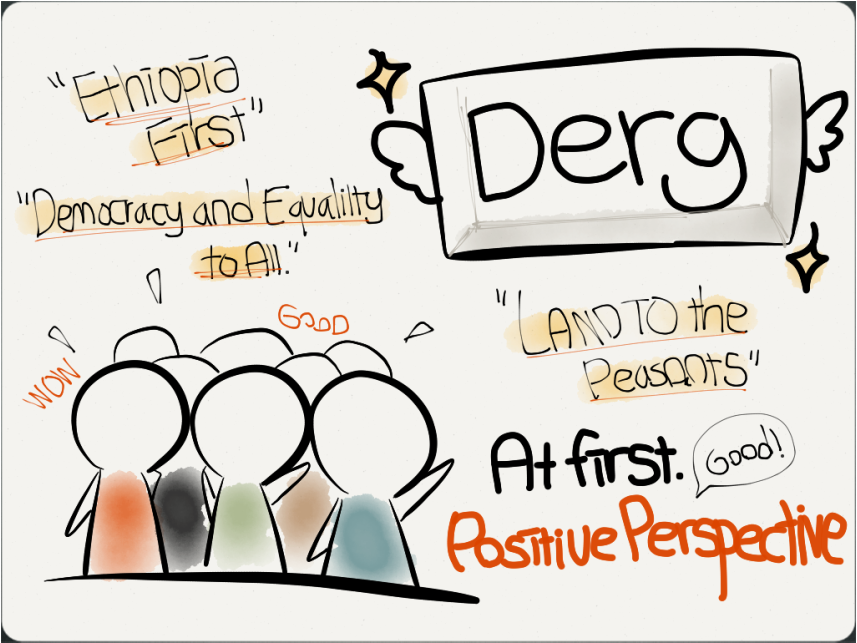 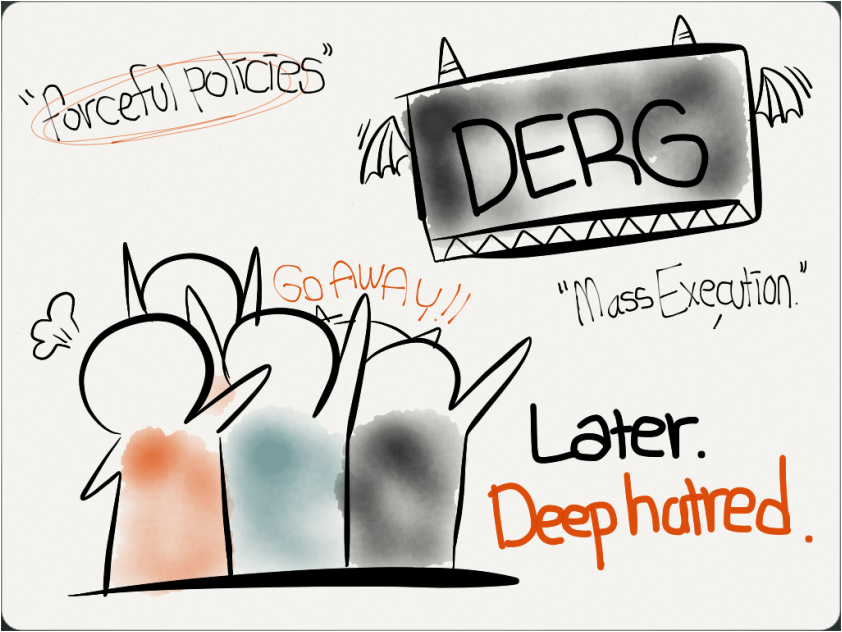 At that period, several problems occurred including diplomatic problems such as Eritrean conflict, Somalis invasion in Ogaden Desert, and other several issues. During this time, General Aman was arrested under his house by the Derg, because he wanted to solve the conflict between Eritrea in a peaceful way, and disagree the decision made by the officers in the Derg. Two months later, General Aman, and other higher ranking officers were executed. Then, General Tefari Abante was elected as the next leader of the Derg. However, oppositions against the Derg began to increase rapidly. Many people started to join opposition groups such as TPLF (Tigray Peoples' Liberation Front), EPRP (Ethiopian Peoples' Revolutionary Party), EPLF (Eritrean Peoples' of Haile Selassie), and OLF (Oromo Liberation Front). 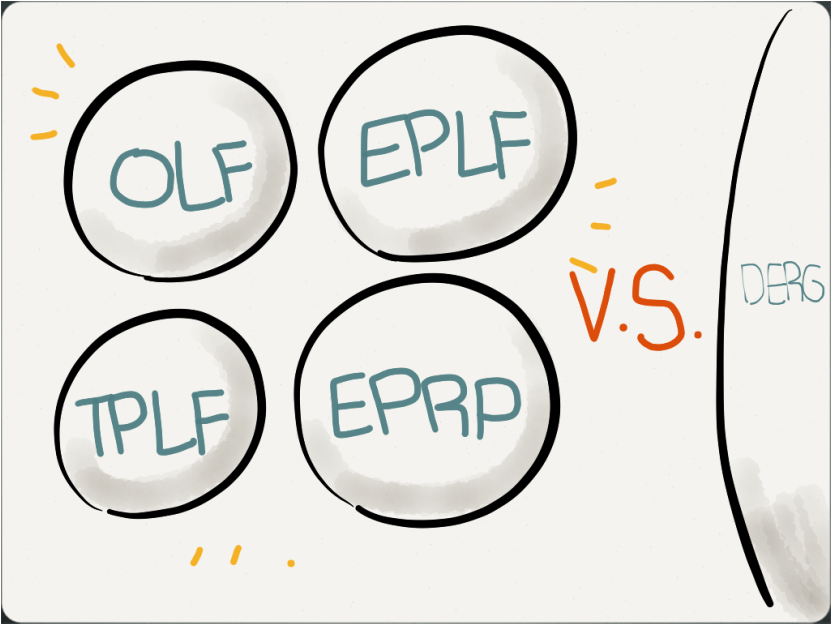 Most of these groups became the major victims of the Derg; therefore, thousands of people fled to the neighbor places such as Europe and North America. During this confusion, the unknown figure, Mengistu Haile Mariam emerged as the ruthless leader. He executed General Tefari and other high ranking officers and positioned himself as the leader of the Derg. In 1977, he declared "Red Terror" and as a result, TPLF, EPRP, EPLF, EDU, and OLF gathered and opposed against the military force. Therefore, thousands of people including students, workers, and teachers were killed by the army. 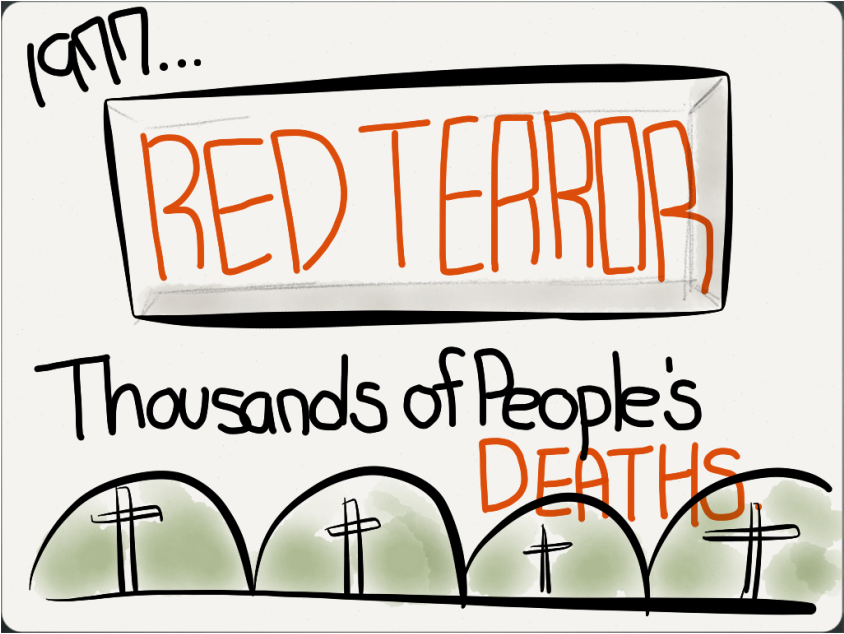 In 1984 to 1985, the severe famine attacked Ethiopia. Hundreds of thousands of people were dead due to the famine, and more victims occurred because the Mengistu government refused to help the regions that were controlled by the rebellions.

Then, the Derg decided to perform the policy of resettlement to help people from the regions that were severely affected by famine. They thought resettlement would help prevent people from supporting the rebels; therefore, they forced people to move and sent them to the south and west of the country, where malaria was spread and not adequate for living. The result of the resettlement program was a catastrophe; many people died during the journey due to the government's careless plan, and they were separated from their families and returned back home illegally.

On September 1987, the Mengistu renamed the Derg as the Ethiopian Workers Party (EWP), and declared Ethiopia as the Ethiopian Peoples' Democratic Republic. In this period, Ethiopian army did not have organized rules and was out of control; therefore, they needed Russian and Cuban's aid in order to fight against the rebellion forces. 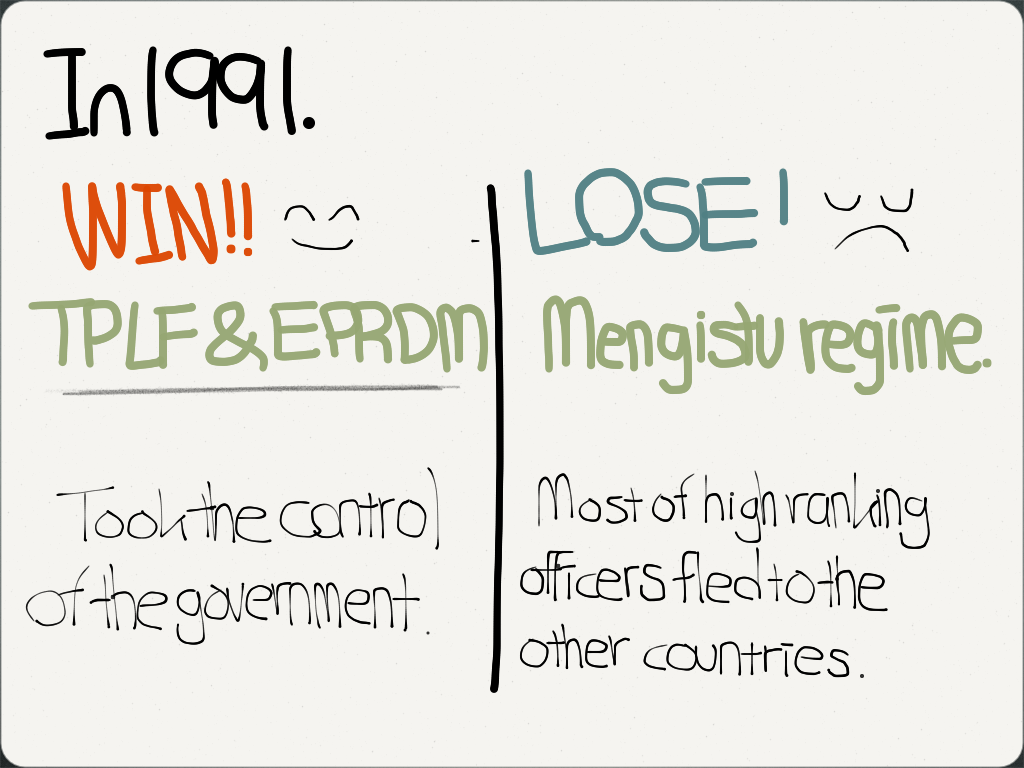